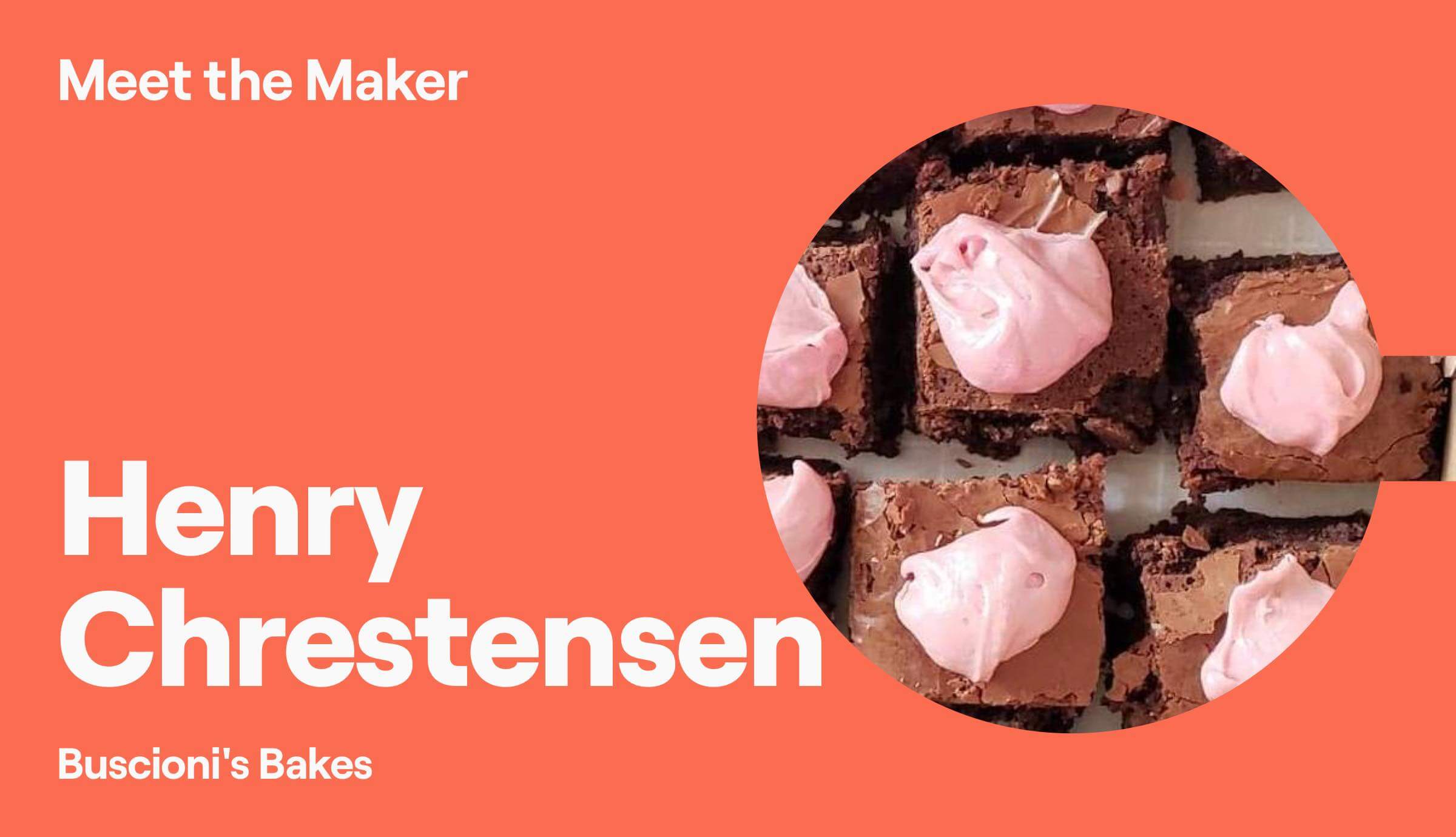 Professional cooking experience isn’t a must-have for home-based food entrepreneurs and cottage cooks, but that knowledge can set a new business apart. Henry Chrestensen of Buscioni’s Bakes has leveraged his food industry experience to build a brand new cottage bakery that caters to special dietary needs. He shares his path to food entrepreneurship below.

What did you do before starting Buscioni’s Bakes?

Before he started Buscioni’s Bakes, Henry Chrestensen had a long-standing relationship with making and selling food. Having worked in the food service industry for more than 20 years, along with a variety of other side jobs, he was well-versed in the food business world.

Henry valued techniques and technical knowledge. He knew that he wanted to have the training that would equip him to go into business for himself. “I went to culinary school so that I could gain a more in-depth knowledge of what it would really take to run my company,” Henry said.

What is the Buscioni’s Bakes origin story? Why did you decide to start your business?

“For as long as I can remember, I wanted to run my own business,” Henry said.

His career in the food industry set him up for success as a home-based baker. “After doing some research as to what was popular versus what was considered an untapped market, I decided to specialize in gluten-free baking,” Henry said.

“Many people currently consider it a trend, but I mainly chose it because my father has celiac disease and can no longer eat ‘normal’ baked goods. He is on a strict gluten-free diet.”

Ultimately, Henry decided to start his own cottage food business because he saw the importance of working for himself. “I figured if I was going to work my ass off day after day making someone else’s company a profit, why not work on building up my own brand?” Henry said. “I wanted to get my own slice of the American Dream.”

He hasn’t limited himself to exclusively gluten-free treats, though. “Don’t get me wrong — I still make regular sweets, and I am always happy to do special orders. But I like knowing that people who suffer from health issues like my father have an option, so they don’t have to go without the sweets they love.”

How would you describe your baked goods in one sentence?

“Heartwarming, with a little bit of happiness in each bite.”

“Or as most people have been telling me: ‘OMG.’”

What's your favorite way to enjoy your products?

His favorite way to enjoy my products doesn’t involve eating them at all.

“I love to see the enjoyment on people’s faces after that first bite — that moment I get to answer the most common question I get. ‘How this gluten is free? It doesn’t taste like it,’” Henry said.

Who is another food entrepreneur that you follow and support? What makes them remarkable?

Henry credits one of his culinary school instructors as part of the inspiration behind starting Buscioni’s Bakes.

“I was following one of my former instructors, who at one time operated and owned three different restaurants. He loved what he did and it was rewarding to see that his work put a smile on his face every day,” Henry said.

“He made everything from scratch. He started with basic ingredients and didn’t buy pre-made shortcuts from the store. He didn’t buy anything other than his ingredients at the store,” Henry said. “With every bite you took in his restaurant, you could taste the passion he had and the love he had for what he was doing.”

“I wake up with a smile on my face every day knowing that I am working for myself. Knowing that with today’s order I get to put another smile on someone else’s face,” Henry said.

“I get to play some small part in helping people understand what a gluten-free diet really can be. That is, yes, you can still enjoy your sweets, and yes, it can taste just as good as (if not better than) ‘normal’ baked goods.”

The best part of the job, Henry says, is getting to delight his customers. He knows that, by the end of the day, he will have delivered joy via his gluten-free baked goods. “At the end of the day, I know that I got to make someone happy or help them out in some way.”

What's your best piece of advice to share with a new food entrepreneur?

Henry’s advice for entrepreneurs is rooted in his extensive culinary background.

“In the beginning, they will be your clients until you can get your reputation built up. If you're lucky enough, they will also be brutally honest with you. Frankly, that’s very rare in today’s world, but it helps your business grow.”