The Food Entrepreneur’s Dilemma: How to (Legally) Sell Food You Make at Home 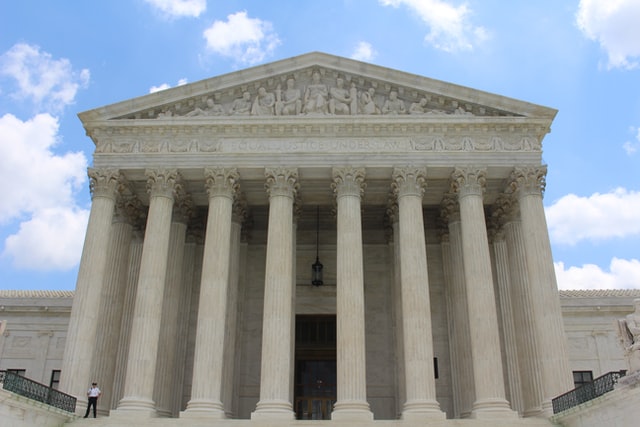 When others began baking sourdough this spring, you were the one they called for help. You had been baking for years: boules, batards, baguettes, and bagels — you name it, it had been baked. With more time spent at home, you were able to dedicate more time to your side hustle, baking extra loaves of bread and dozens of other fresh, leavened treats for whoever would take them off of your hands. Your friends told their friends about your  homemade bagels. Family friends requested them for brunch. Your mom even called them “the best I’ve ever had.”

Someone tells you that you should start selling them — and you’ve been thinking about it. You also have a lot of questions.

The cottage food industry grew from $5 billion per year in 2008 to $20 billion in 2019. The local food movement has grown exponentially over the last decade, moving beyond local CSAs and farmers markets to passionate makers selling their most delicious wares via Instagram DMs. “Cottage food” doesn’t have to be cooked in a cottage (maybe it’s cooked in your backyard smoker or at your high-rise apartment). In essence, cottage food is prepared in a home kitchen, not a commercial kitchen.

If you’ve considered selling your homemade culinary creations, it’s a good idea to study up on your state’s cottage food laws. In the meantime, we’re answering some of your most common questions about selling the food you make at home:

Is it even legal to cook food at home and sell it?

The short answer: it depends.

Cottage laws vary greatly from state to state, so it’s always a good idea to confirm that you’re in compliance. Some states require that cottage cooks obtain a license and undergo a home kitchen inspection. Food labeling laws may come into play, as well as local food safety certification requirements. If you live in a home that is overseen by an HOA, they may even have limitations that could impact your business.

In Ohio, cottage food can only be sold within the state. In Texas, makers must have a valid food handler’s card in order to legally operate a cottage food business. Texas cottage food law allows self-starter home chefs in Texas to sell certain foods that stay fresh and safe with no time and temperature control, i.e. no refrigeration necessary, without a food manufacturing license in Texas. In Florida, cottage cooks can sell food on their website, but the products can’t be delivered by mail. Every state has its own unique set of rules associated with cottage food.

Most cottage laws limit cooks to selling their products through direct sales only, meaning that you won’t be able to sell food at a restaurant or other retail space. Cottage cooks are, however, allowed to sell at farmers’ markets, community fundraisers, or directly from their homes. Some states allow makers to sell their creations online, but many do not.

Are there any exceptions to what I can sell?

The types of food that can be sold under cottage laws change depending on the state you’re in. Some states, like Washington, allow makers to sell only “food that is not potentially hazardous such as baked goods, candies, jams, jellies, preserves, fruit butters, dry spice blends, or dry tea blends in their primary residential kitchen.” California offers a very specific list of cottage foods that can be sold. In Indiana, foods with “a pH value of less than 4.6 and a water activity value of less than 0.85” can be sold by cottage cooks. Certain states have more restrictive laws than others.

Some states also have monetary restrictions for cottage cooks, capping the income makers can derive from home-based food sales. These amounts vary widely from state to state, so do your due diligence prior to ramping up sales.

What are my other options?

Home cooking gives cooks a chance to pursue what they’re passionate about on a small scale and without large overhead costs. Let’s say you live in a state that doesn’t allow at-home cooking to be sold, or you just don’t have the space to launch a culinary enterprise from your fifth-floor walkup. You’ve got options, too.

If you’re interested in launching a food business, renting commercial kitchen space is one solution that will help you come into compliance with local regulations. Some local restaurants may be willing to rent you prep space, or you may be able to find nearby, licensed commissary kitchens with a simple Google search. These kitchens typically allow you to rent space by the hour, and also allow you to split high-priced services (like cold food storage) among other chefs.